I used to hate this when I was a nun. I hated it double bad when the monks next door called and offered to let us pick apples from their damn trees. So not only did I have to pick the horrid apples but also peel and cut them up. All for what? Pie?

And I gave up an afternoon 5k for this?

Today I jogged for 4 hours around Meador Park and Pine Gully: 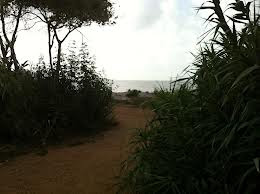 I somewhat intentionally run past this place. I come out of the tall swamp grass and get hit with breeze off Galveston Bay. I really like it and I like the view from here.

I have 2 more days of running before hopping on a plane for Germany. I\’ll have some walking in Germany and I am going in a half marathon next Sunday. But mainly it will be an enforced rest from so much training. I\’ll come back just 2 weeks before Ultracentric 48 hour race; hopefully well rested.

I am not morbidly obese: 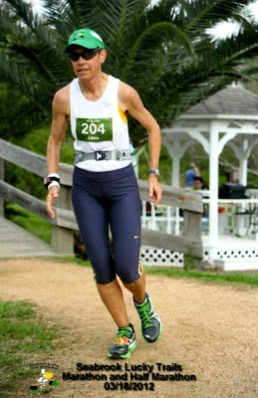 This is me at last year\’s Seabrook Race Weekend. I\’m entered again for 2013.

My work is not picking apples or mopping floors as it was in the convent. I am actually at the peak of my career. I\’ve been at the Baytown plant almost a year and find myself highly respected. My services as a Process Safety Engineer are highly valued; and managers from parts of the plant I\’m not assigned to are asking if I can help them. In Germany, I\’ll be giving a presentation. Little ol\’ ex-nun me? Yup.

The Catholic Church has declared a \”Year of Faith.\” Like, why does such a thing NEED to be proclaimed except the flock doesn\’t have any faith? But because of that, there is a web page that offers a daily e-mail with part of the Catechism, such that the whole thing is read in a year. I signed up for it. I am so far astounded at the matter of fact verbiage: God said this and did this and nothing else will ever be true.

Now we know this lengthy tomb, The Catechism of the Roman Catholic Church, was written by the Church hierarchy (a group of celibate priests who probably never cried out \”Oh God\” during an orgasm). It is unbelievable to me, several years after leaving the Church, that such matter of fact statements can be made.

My God is much bigger than that.

After I found out I was kicked out of the monastery, I had 3 days to find a place to live, pack up and get out. I went to the monastery to know God. My most intimate encounter came as I was being kicked out. The experience of God-Consciousness has never left me; although I was afraid that being deprived of being an official spouse of Christ would leave me out. Jesus Himself is more real to me now. I made vows to God privately in my last days before I was supposed to make monastic profession. I knew they were real. I just didn\’t know what I was asking for when I said \”Yes, whatever….\”

View all posts by Laura Bellman